Thanks to technological progress, we are able to get sharper images of space. Sometimes, however, new discoveries can put scientists on alert. Such is the case with the recent image of the “smiling sun”.

In the photograph, the sun appeared to have some sort of eyes and a smile. It quickly went viral on Twitter, with users even making memes about it. However, experts did not find the photo so cute.

The “face” seen in the images, captured with several telescopes and 13 different wavelengths of light, is due to one of the hundreds of explosions occurring inside it. And while these explosions are normal, scientists at NASA’s Solar Dynamics Observatory (SDO) warned that the smile could be a sign of something dangerous.

Contents hide
1 WHY DO YOU SEE THESE HOLES IN THE SUN?
1.1 WHAT IS THE THREAT POSED BY CORONAL HOLES?

WHY DO YOU SEE THESE HOLES IN THE SUN?

The dark spots seen on the sun are so-called “coronal holes”, which are slightly cooler areas of the sun’s outer layer. These usually have a temperature of about 10,000 degrees Fahrenheit.

Although they are not that cold compared to the rest of the surface, they are dark enough to only be captured in ultraviolet radiation. That is, the human eye can’t see them, and NASA’s satellite picks them up as these black spots.

READ MORE: ‘CREATE A SYNTHETIC EMBRYO WITH A BRAIN’

WHAT IS THE THREAT POSED BY CORONAL HOLES?

As mentioned above, solar winds can escape from coronal holes and head out into the Universe. They can reach a speed of almost 3 million kilometres per hour, which in turn causes geomagnetic storms.

These storms can create currents in the electrical grids of planet Earth that can be dangerous because they send out particles that can cause serious disruptions in the atmosphere if they reach the Earth in large quantities. 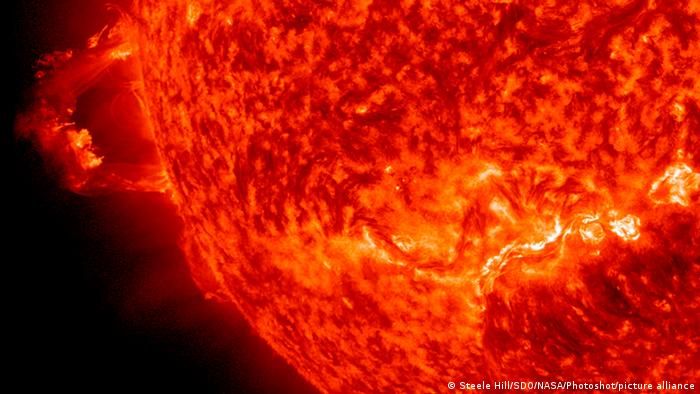 These particles could be absorbed by our planet’s magnetic field, disrupting our communication systems, such as radio and TV antennas, GPS systems, as well as damaging power grids and causing power outages, loss of mobile phone signals and more.

The Earth already experienced a geomagnetic storm in 1959 when the so-called “Carrington Event” caused several fires at telegraph stations. Scientists have calculated the probability of such an event to be about 2% per year, but so far it has not happened.

However, because of this, it is possible that when it does happen, it could be catastrophic, especially given our high dependence on technology.